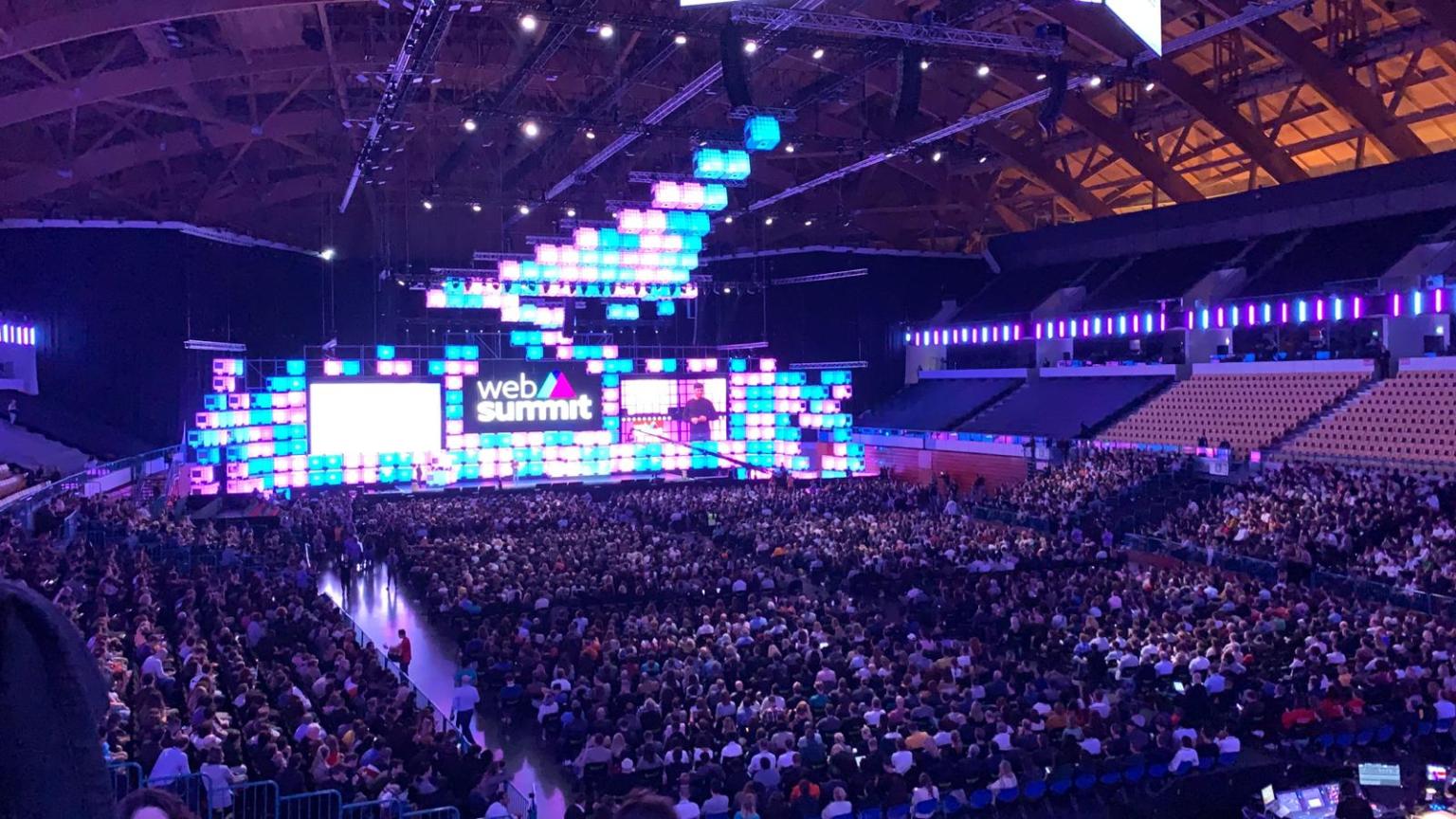 Often described as ‘Glastonbury for Nerds’, this year we were lucky enough to explore the Web Summit in Lisbon, Portugal. We spent four days browsing stands, meeting industry leaders and listening to tech legends. We thought we would share with you a couple of our highlights of this incredible event.

46.3% Female Attendance
The Web Summit attracted 70,469 participants from 163 countries. It wasn’t however the shear volume it attracts that impressed us. It was instead its dedication to changing the gender ratio at their event. Free tickets, promotions and a dedicated programme, were all ways they encouraged women to engage with the tech community. With only 5% of leadership roles in the tech industry held by women, the results of their efforts are phenomenal.

Encouragement For Startups
Whether this be the Alpha Programme delivering everything from investor meetings to mentor hours or Pitch a competition live on stage that allowed start-ups to battle for millions of euros worth of funding. The Web Summit provided a platform for growth.

Paddy Cosgrave
On our final day in Portugal we were lucky enough to meet Paddy Cosgrave, co-founder of the Web Summit. His tale of a small 300 attendee event founded in Dublin, Ireland, and how in a 10 year period it has been able to grow by 23,389% into arguably the largest tech event in the world was a true inspiration.

The Biggest Names in Tech & Beyond
From some of the biggest names in tech to politicians and athletes – the event really helped to highlight how technology affects us all. Among more than 1,000 speakers were Microsoft President Brad Smith, EU Commissioner Margrethe Vestager, former British Prime Minister Tony Blair and EU Brexit Chief Negotiator Michel Barnier. Our office is football mad and therefor footballing legends Ronaldo, Ronaldinho and Eric Cantona had to be a personal highlight for us.

The atmosphere was electric, the speakers were engaging and the collection of tech on show was inspiring. Without doubt it was the greatest event I have ever attended.

I’d like to congratulate Paddy and the team for bringing the tech world together. We made some fabulous international connections which I believe will help our businesses to grow.

Considered the best technology conference on the planet this event didn’t disappoint. We are more inspired than ever as to what the TECH EXPO HUMBER 2020 could be … watch this space …

Can't find the job your looking for contact us and we’ll help you find a career.